Rudeboy (with Masia One & Magugu) / Through My Eyes 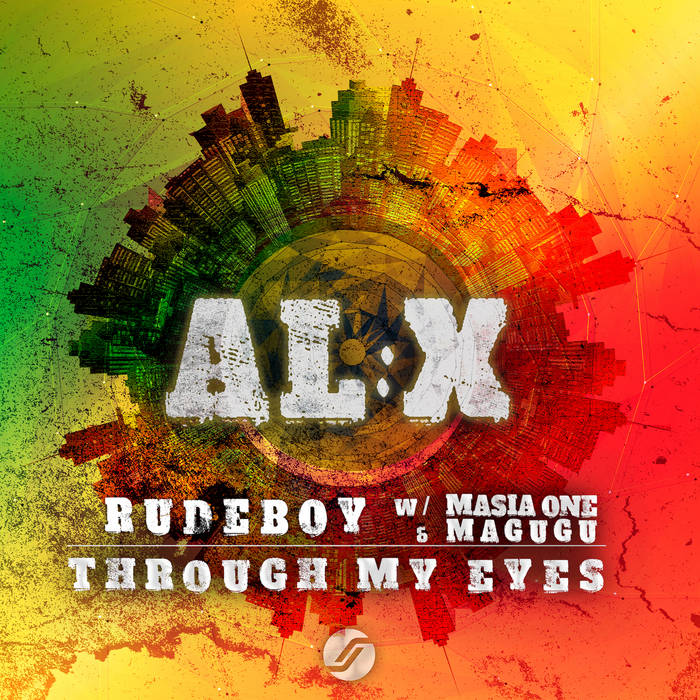 The 21st release on Skalator Music features a tasty collaboration between Singapore based producer Al:x, along with the immense vocal talents of Masia One and Magugu, delivering "Rudeboy”, a classic vocal driven, "rumble in the jungle" track. On the flip side, Al:x goes on a solo tip and delivers "Through My Eyes", a dreamy incursion into deep drum and bass, with a harder edge.

This single is quite different from our recent releases as it diverts from the minimalistic “deep sound” and into groovy and dancefloor vibes that 2020’s summer surely needs. Following on previous tracks released on the label ("Andrea’s Swing", "Invert", "Babylon Man", "Velvet Like"), Al:x is further refining his sound as a DNB artist, either with collaborations with talented artists or in the form of full blown solo tracks. Expect to hear more good music coming from this talented composer, producer/sound engineer.

It’s hard to say everything about ​Masia One in a few lines; Hip-hop and Dancehall artist, Brand Ambassador, Entrepreneur, Songwriter and Music Producer. It’s easy to say that whatever she touches/does/makes, it turns into gold! Born in Singapore, grown in Canada, earned her stripes in America and became inspired by her time in the Caribbean and now reconnecting with her roots in Asia and re-emerging as the Far East Empress. After graduating with an honours BA in Architecture from the University of Toronto, Masia One told her Chinese parents she intended to become a rapper; She set out on this unlikely path and succeeded in working with international greats from Pharrell, John Frusciante, Che Vicious (G.O.O.D. Music, Kanye West, Jay-Z) to Hong Kong Actor and pop star, Edison Chen; She toured and performed in over 20 countries and has headlined festivals such as Burning Man, Laneway, Ultra Music Japan, Pink Dot and most recently at Singjazz - setting the stage for her hero, Lauryn Hill. So much more could be said about MAS1A, she truly defines her Queendom and continues to add to her impressive credentials that make her a true international Empress.

Magugu is also not short on talent with his iconic vocal tone, unique and distinctive voice unlike anything you’ve heard before; He is a native Nigerian, now based in the U.K, raised in the famous ghetto in Lagos called ‘Ajegungle’ aka AJ City, where pidgin rap originated from. He’s been making waves in the underground scene, with support from the likes of Giles Peterson, Toddla T, Skrillex, Born Dirty and many others;
Magugu has been filling up dancefloors from Europe to Africa to Asia to America, with styles ranging from Dancehall, Hip hop and Dub to Grime, Drum and Bass, Tribal and Funky. An ever present energetic vibe that has won him praises as a top performer during his live shows, with commanding presence and crowd control. Outspoken and ambitious, Magugu is aiming to connect Africa to the world by using pidgin rap, and this is just the beginning.

Bandcamp Daily  your guide to the world of Bandcamp

MF DOOM is given his flowers, plus appearances from MC Jada Imani and Stanley Ipkuss